Leaving Footprints on the Sands of Time

The Genesis
MIC Odyssey began in 2002 in Kanchikacherla, a village that boasts of idyllic beauty and serene atmosphere suited for scholastic pursuits. Right from its inception, the College has crossed new vistas making inroads into Quality Education under the dynamic stewardship of our Visionary Chairman Dr. MV Ramana Rao, M.E., Ph.D., CEO & MD MIC Electronics Ltd., Hyderabad.
The Transition
MIC’s tryst with destiny began in 2002 with three branches of B.Tech., (ECE, CSE and EEE). In 2004, Mechanical Engineering branch in B. Tech., MCA & MBA courses were added. The College was granted permission to run M.Tech., in Machine Design, PE&D, VLSI&ES and CSE in 2012. APSCHE approved diploma courses in 2012-13 with two branches: EEE and ME. In 2013-14, two more branches in diploma viz., CE and ECE were approved.
In 2013, permission was accorded for B. Tech., in Civil Engineering branch and in 2017, for B.Tech., in Information Technology. The College was approved by the All India Council for Technical Education (AICTE), New Delhi and is permanently affiliated to the JNTUK, Kakinada. 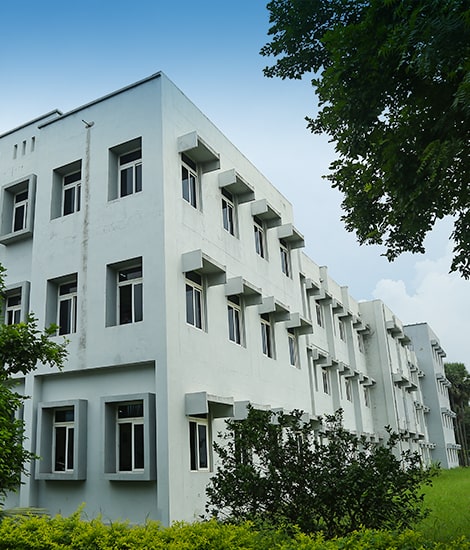 The success of any college to grow into a college of eminence depends on the quality practices and methods followed by the college to help the student community achieve their life’s goals. In its two decades of excellence in providing quality education in Engineering and Technology, MIC had set the benchmarks and created a legacy of sorts for others to emulate. The evolution of MIC from its humble beginnings to its present status of being an illustrious institution pioneering education in the sphere of Engineering speaks volumes of the value-based commitment to providing quality education.
The academic and administrative practices followed in MIC have been recognized by various bodies from time to time. Due recognition was accorded to MIC for excellence in the dissemination of knowledge related to engineering and technology as the following accreditations testify:

The College was granted Autonomous Status by the UGC in the Academic Year 2018 thus permitting the College to enjoy freedom in designing the courses and running them to suit the fast-evolving industrial requirements.

The National Assessment and Accreditation Council (NAAC) of UGC have assessed and accredited our institution with an "A" Grade with 3.22 on a 4-point scale.

The College is accredited by the NBA for three B. Tech Courses: CSE, ECE & ME.

Transitioning to the Future Demands

Change is the only constant and permanent thing in the world. The essence of change management implies that if one doesn’t change according to the times, one will become obsolete. To conquer the tide and make an indelible impression on the future, one needs to change with the changing times. Only those impact-creating institutes and proactive people can act as the catalysts of the change.
Realizing the need to tap the resources of the trending courses, MIC has sought permission to offer B. Tech., in Artificial Intelligence & Data Science (AI & DS) and B. Tech., in Artificial Intelligence & Machine Learning (AI & ML), which were duly approved by the AICTE to be run from the year 2021. From 2021, a diploma course in Computer Engineering was approved by the APSCHE.
Continuing its steadfast and unwavering commitment to being a stakeholder-oriented institution, the College transformed itself, over the years, by providing facilities to suit the modern methods of pedagogy thus leaving footprints on the sands of engineering education.